You are reading
Trial By Viking Out Now On Steam Trial by Viking is a deep action-packed single player adventure through the dark worlds of the Norse gods. As an agent of Odin, you will explore cavernous dungeons hunting for treasure, race for your life from surprise traps, encounter tricky puzzles, and have vicious axe battles with blood-thirsty kobolds. Luckily you will gain valuable skills and earn powerful equipment like bombs and a trusty grappling hook to help you along the way. Will you be ready to face the worst terrors the nine worlds have to offer? 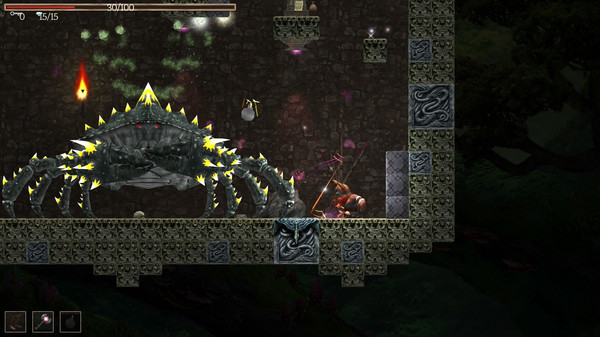 “With an incredible variety of combat abilities, equippable weapons, abilities, and passives, the game will both empower and challenge the ever-loving crap out of you. This is a compelling universe with fantastic art, music, and tons of content that’s not to be missed” – Seattle Indies Expo jury