Dungeon Rushers is a 2D tactical RPG combining dungeon crawler’s gameplay and turn based fights. Manage your team, loot dusty dungeons, crush armies of monsters and craft mighty equipment. Be part of an epic adventure with a colorful cast of characters in an off-beat universe. Build your own dungeon and challenge other players!

Meld is a mind-bending puzzle game featuring hundreds of levels and a build-in editor so you can create your own and play levels made by others! Master dozens of powerups and layers of strategy to make your way through each level. Meld features a build-in tutorial system which makes learning the rules and strategy simple!

IN A WORLD CONSUMED BY CARNAGE, BECOME THE ULTIMATE CHAMPION

Fire up your Chainswords and jump into the incredible RPG universe of Warhammer 40,000: Carnage Champions!

Turbo Pug is back! and this time, he’s airborne! Fly through deserts, green fields and more stunning environments. Dodge an onslaught of enemies and go head to head with giant bosses! Unlock new costumes for Turbo Pug and new creatures to play as. Please try not to squish your pug!

Turbo Pug is back! And this time, he’s airborne! 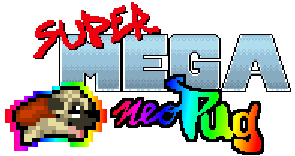 Please try not to squish your pug!